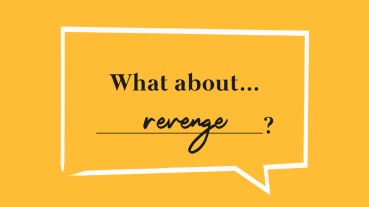 A sermon preached at Christ Community Church in Rochester MN on April 6 and 7, 2019. If you’d like to watch or listen to the sermon click here.

Jesus Christ was the most revolutionary person who ever lived. Jesus came to start a revolution–and the Sermon on the Mount (SOTM) is His Manifesto (like the Magna Carta or the Declaration of Independence). The following passage has been debated for two millennia. D. Martyn Lloyd-Jones, who many think wrote one of the best commentaries on the SOTM, said, “There is possibly no passage in Scripture which has produced as much heat and [contention as these verses].”[1]

“You have heard that it was said, ‘AN eye for an eye, and A tooth for A tooth.’ 39 But I say to you, do not resist an evil person; but whoever slaps you on your right cheek, turn the other to him also. 40 If anyone wants to sue you and take your shirt, let him have your coat also. 41 Whoever forces you to go one mile, go with him two. 42 Give to him who asks of you, and do not turn away from him who wants to borrow from you.” –Matthew 5:38-42

Today, we can compare the SOTM to a grand symphony with four movements that build upon each other. The first movement covers the Beatitudes and crescendos with the promise that those who surrender to the shaping of the Beatitudes will become salt and light in the surrounding culture (Matthew 5:13-16). In the second movement of this SOTM symphony, we find six reinterpretations of the LAW. Jesus makes six, “You have heard it said, but I say…” statements. With these statements, Jesus is diving into our innermost being probing the heart and raising the question of motive.

Today we will be looking at the 5th of the six reinterpretations and we will be asking the question, “What About Revenge?” I find it fascinating that this passage contains four very well-known sayings that are still common to our North American vernacular 2,019 years later…

There are 6 phrases in these 5 verses that deserve our attention and understanding to grasp what Jesus is saying here. I have divided the 6-phrases into three points.  I’ll state them, so you’ll know where we’re headed and then we’ll go back and consider them one at a time…

We’ll look at them one at a time…

A quick review of the Beatitudes…

So, the goal in any conflicted situation is to respond with the mercy we’ve received, motives that are being purified, and promoting the peace of God. And then we get persecuted. Persecution is inevitable, this is how Jesus lived—and they killed Him.

3. Godly Defiance (vs. 39b-42) We can’t dive into these four principles as much as they probably deserve but I’ll try and provide an overview of each. (And just so you know, there’s some theological diversity regarding how these verses are interpreted…) The best way to grasp these four principles is to picture them being spoken to a 1st century occupied people. And in many ways, it was a triple occupation…

So, the common person who Jesus was speaking to was living under the weight of foreign occupation, political corruption, and suffocating legalism. With that said, we’ll take a brief look at the remaining four principles of godly defiance. Notice how nonviolent resistance could startle reactive people and deescalate an altercation…

As we bring this to a close, here’s another quote by MLK that summarizes what Jesus is teaching in our passage for today…  “Clearly the kingdom of heaven does not operate like the kingdoms of this world. How will we know when we see God’s kingdom?  When anger results in reconciliation rather than retaliation God must be at work.  When enemies are overcome by love rather than violence God’s reign is present.”  –Martin Luther King Jr. [4]

How do we get there from here? Two quick practical applications:

The revolutionary teachings of Jesus in the SOTM are beyond our human capacity to “will-power” them into existence.  Many have tried and all have failed.  Jesus teaches that anger = murder; to refer to someone as a fool condemns us to hell; lust = adultery!

The SOTM is not about exchanging one set of rules for another (thank goodness!), rather it’s about trusting in what Jesus accomplishes on the cross to re-orient our values, our vision, and our habits from mere external righteousness to grace empowered change from the inside out. This is what we call the gospel. It’s not about what we do to please or appease God, it’s about celebrating what Jesus Christ has done.

Here’s how Paul says it in his letter to the Ephesians: “For by grace you have been saved through faith; and that not of yourselves, it is the gift of God; 9 not as a result of works, so that no one may boast.”  Ephesians 2:8-9

[4] From a speech MLK delivered to the YMCA/YWCA at the University of California on June 4, 1957.