The following are sermon notes from a new series at Christ Community Church entitled “We Believe” — a series unpacking the core beliefs of the Apostles’ Creed.  The sermon title was “The Basics of True Belief.”

Today we begin a new series entitled “We Believe.” We will be taking a 12-week look at the Apostle’s Creed.  The word ‘creed’ is derived from the Latin word credo, that means “I believe,” which is what we will be looking at today — a theology of what it means to believe… 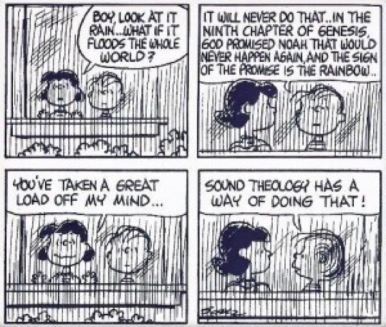 Every person on the planet is a theologian.  (Theology = the study of God.)  Even atheists are theologians — we all think about God, have beliefs about God and live our lives accordingly.  Here’s the deal: We’re either good theologians or we’re poor theologians.  Good, sound theological bearings in our lives will provide stability, contentment, and an undercurrent of joy that will keep us humble during the good times and sustain us during difficult times.

“What comes to our mind when we think about God is the most important thing about us.”  –A.W. Tozer (Knowledge of the Holy, p. 1)

The Apostle’s Creed was not written by the Apostles but is a summary of apostolic teaching that contains essential Christian doctrines and beliefs that summarize the gospel and make up the foundation of our faith and is rooted in truth and a rich history that connects the 21st century Church to the early Church – a time when the Church was growing exponentially.

Two types of people who might be nervous about a series based on the Apostles’ creed:

A creed is a concise statement of faith that is used for three primary reasons:

The Bible contains a number of creed-like passages…

As the early church spread, there was a very practical need for a statement of faith to help believers focus on the most important doctrines of their Christian faith. As the church grew, heresies also grew, and the early Christians needed to clarify the defining boundaries of their faith. Here at CCC we view this series as an opportunity to review and teach the basic doctrines of our Christian faith.

Over the next 12 weeks we will not be preaching the Creed but using the Creed to preach the gospel as well as to teach some basic foundational and historic theology.

I heard one pastor explain it this way:

The scriptural truths contained in the Apostles’ Creed help us to live-out good theology with the knowledge that our faith is rooted in truth and in a rich history that spans past and present.

“Throughout church history it has been necessary for the church to adopt and embrace creedal statements to clarify the Christian faith and to distinguish true content from error and false representations of the faith.” –R.C. Sproul

W will consider the first two words of the Apostles’ Creed: “I Believe.”  We will look at just two verses but then turn our attention to focus on exactly how belief occurs.

“If you confess with your mouth that Jesus is Lord and believe in your heart that God raised him from the dead, you will be saved. 10 For with the heart one believes and is justified, and with the mouth one confesses and is saved.”  –Romans 10:9-10 (English Standard Version, emphasis added)

Takeaway: To believe in Jesus Christ is to confess Jesus Christ.  The result is justification, which forever changes our legal standing before God. God declares us not guilty, but righteous because of the finished and complete work of Jesus Christ.

Now we turn to the theological doctrine of justification in Romans 10:10 – What does it mean to be justified??  I would like to take the next few minutes and quickly walk you through what is called in Christian theology circles as the Order of Salvation (v. 10a: For with the heart one believes and is justified):

Order of Salvation, or the Latin phrase Ordo Salutis, refers to the lining up in chronological sequence of the events which occur from the time when a person is outside the community of faith and dead in their sin, through to the time when a sinner is fully and finally saved.

A short version of the Order of Salvation can be found in:

An Order of Salvation is as follows:

A woman named Hetty Green died in 1916 and left an estate valued at between $100-200 million. She went down in history as, “America’s Greatest Miser.”[4]  It was said she ate cold oatmeal to save the cost of cooking it.  Her son had to eventually have his leg amputated, because she was too cheap to pay for medical care.  Hetty Green was wealthiest woman in the world, yet she chose to live like a pauper.

Her life becomes an excellent illustration of the way many Christians live today:

We have unlimited spiritual wealth at our disposal and yet we often live in spiritual and theological poverty.

Do you just know about God, or have you experienced the Father’s love in a new, regenerating, and profound way?

I believe in God the Father, Almighty, Maker of heaven and earth:

And in Jesus Christ, his only begotten Son, our Lord:

Who was conceived by the Holy Spirit, born of the virgin Mary:

Suffered under Pontius Pilate; was crucified, dead and buried: He descended into hell:

The third day He rose again from the dead:

He ascended into heaven, and sits at the right hand of God the Father Almighty:

From thence He shall come to judge the living and the dead:

I believe in the Holy Ghost:

I believe in the holy [universal] church: the communion of believers:

The forgiveness of sins:

The resurrection of the body:

And the life everlasting. Amen.

[2] A balance within one or more sentences of similar phrases or clauses that have the same grammatical structure.

[3] The justification of a sinner is based solely upon the complete and unwavering righteousness of Jesus Christ, which is imputed at salvation (see Romans 5:18-21; 2 Corinthians 5:21; Philippians 3:7-10). Imputation means that the merit of Christ’s work of mediation is legally applied to the person, to their account, so that s/he is saved, justified, positionally made fit, and entitled to all of salvation based on a righteousness they personally did not produce, the righteousness of Christ becomes their Substitute and Surety.