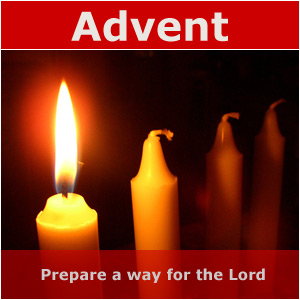 What’s up with Advent?  The concept of Advent – and preparing our hearts over the course of several weeks for the Christmas season may be new to some of you – and it may be normative for others.

Let’s consider the scope and goals for a healthy and holy Advent:

26 “Now in the sixth month the angel Gabriel was sent from God to a city in Galilee called Nazareth, 27 to a virgin engaged to a man whose name was Joseph, of the descendants of David; and the virgin’s name was Mary. 28 And coming in, he said to her, “Greetings, favored one! The Lord is with you.” 29 But she was very perplexed at this statement, and kept pondering what kind of salutation this was. 30 The angel said to her, “Do not be afraid, Mary; for you have found favor with God. 31 And behold, you will conceive in your womb and bear a son, and you shall name Him Jesus. 32 He will be great and will be called the Son of the Most High; and the Lord God will give Him the throne of His father David; 33 and He will reign over the house of Jacob forever, and His kingdom will have no end.” 34 Mary said to the angel, “How can this be, since I am a virgin?” 35 The angel answered and said to her, “The Holy Spirit will come upon you, and the power of the Most High will overshadow you; and for that reason the holy Child shall be called the Son of God. 36 And behold, even your relative Elizabeth has also conceived a son in her old age; and she who was called barren is now in her sixth month. 37 For nothing will be impossible with God.” 38 And Mary said, “Behold, the bondslave of the Lord; may it be done to me according to your word.”

The three most significant and impactful words in this passage are found in verse 26:  “In the sixth month [that is, the sixth month of Elizabeth’s pregnancy with John the Baptist] the angel Gabriel was sent from God…”

These three words mean that God condescended to come to us.  God, through Jesus Christ has made a way for us to receive a new identify as sons and daughters of the Living God.

These words clearly tell us that God initiated redemption.  This is the most fundamental fact about Christmas and about the incarnation. It all starts with God.  It all comes from God.  An angel was sent from God.

Christmas has no biblical meaning without God at the very center.  Christmas may have a sentimental meaning, and certainly Christmas has a commercial meaning but neither of those place God’s scandalous gift of redemption through grace at the center.

John 1:14 (MSG) The Word became flesh and blood, and moved into the neighborhood…

One of the clearest statements in all the Bible is 1 Timothy 1:15, “Christ Jesus came into the world to save sinners.”

**So the first thing we need to know is that Christmas was initiated by God.

Advent and Christmas are all about embracing how this God relates to us and how we relate to Him.

What Luke describes in this passage are four overlapping yet distinct ways that tell us how a perfect, holy, and eternal God broke into His creation to save sinners.  And the 4th reason will tell us why.

Essentially, we’re asking the question, “How did Christmas happen and what is the result?”

So, how did this perfect, holy, and eternal God break into His creation to save sinners?

1.  God broke into the universe by doing the impossible.

Here’s what we need to hear today: “Nothing will be impossible with God.”  (DeVern Fromke: “Himpossible” – a bit cheezy)

2. God broke into the universe as part of it, without ceasing to be the uncreated God.

This is what we call the incarnation…

Jesus Christ, is both “fully God and fully man.”  Contemporary theologian and author, Wayne Grudem says this is probably the most amazing miracle of the entire Bible – the eternal Son of God, Himself fully God, became fully human.

In so doing Jesus joined Himself to a human nature forever…bringing together both the infinite and the finite, [Jesus].

Jesus had to be fully human to serve as our perfectly obedient representative.  This is in contrast to Adam’s representative disobedience.  Jesus was willing to be born into this universe to become the unblemished sacrifice for your sin. [4]

3. God broke into the universe by choosing to enter through a virgin.

”34 Mary said to the angel, “How can this be, since I am a virgin?” 35 The angel answered and said to her, “The Holy Spirit will come upon you, and the power of the Most High will overshadow you; and for that reason the holy Child shall be called the Son of God.

God chose to be conceived in the womb of a virgin so that the fatherhood of this child would be absolutely unique—Jesus is the Son of God, not the son of Joseph.  Although Joseph, who was a direct descendent of David, became His legal father (which was a fulfillment of one of several Messianic prophesies).

Jesus has a divine Father, not a biological human father.  He is therefore divine as God’s Son, and human as Mary’s son.  God chose to break into the universe by choosing to enter through a virgin.

Mary’s identity and calling were not achieved but received.  (This is the essence of the gospel.) (And this is what distinguishes Mary from Zacharias)

When we become active, intentional followers of Jesus our identity is changed.

As active, intentional followers of Christ we do not work for our identity we work from our identity – in what Christ has done.

The non-Christian is bound by the curse of having to work for their identity.

The Christian, like Mary, has a new identity and living out the gospel means that we live and work from our new identity.

Mary recognized this and surrendered to it.  And you can too.  (Her calling was different from yours but her surrender to God does not have to be.)

4.  God broke into the universe to establish a kingdom that will never end.  (This statement also addresses the “Why?” question…)

Luke 1:32b-33 says, “The Lord God will give to him the throne of his father David, 33 and he will reign over the house of Jacob forever, and of his kingdom there will be no end.”

Three words tell us that this person will be a king: Throne, Reign, and Kingdom.

What are the present implications of this everlasting kingdom?

With the birth of king Jesus an everlasting kingdom was established on the earth.

While this kingdom has been established, it has not yet been consummated.  The kingdom of God will be consummated when Jesus returns for His bride.  1 Cor 15:20-25 speaks to this moment of consummation:

20 But now Christ has been raised from the dead, the first fruits of those who are asleep. 21 For since by a man came death, by a man also came the resurrection of the dead. 22 For as in Adam all die, so also in Christ all will be made alive. 23 But each in his own order: Christ the first fruits, after that those who are Christ’s at His coming, 24 then comes the end, when He hands over the kingdom to the God and Father, when He has abolished all rule and all authority and power. 25 For He must reign until He has put all His enemies under His feet.

Here’s an illustration – Oscar Cullman in his book Christ and Time writes about World War II:

I’d like to close by asking you to consider the difference between two very similar words.  They both involve worth…

I submit to you today that you and I are unworthy but we are not worthless.

Romans 5:1-2 tells us exactly who we are in Christ:

Therefore, since we have been justified through faith, we have peace with God through our Lord Jesus Christ, through whom we have gained access by faith into this grace in which we now stand. And we rejoice in the hope of the glory of God.

[2] An attitude of scornful or jaded negativity, especially a general distrust of the integrity or professed motives of others. Cynicism is actually a Greek philosophy of the 4th century B.C. advocating the doctrines that virtue is the only good that the essence of virtue is self-control and individual freedom, and that surrender to any external influence is beneath the dignity of man.