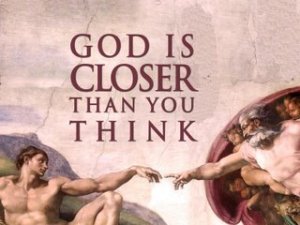 Imagine for a moment that you are the host of a neighborhood dinner party. You gather in your home several individuals from a variety of different religious backgrounds. Sitting at your table are a Mormon, a Muslim, a Jehovah’s Witness, a church going moralist, a theological liberal, and a guy who doesn’t have any religious affiliation. The after-dinner conversation turns religion. Before long, someone asks, “So, who is Jesus?”

Here’s what he Mormon would say: Jesus was the first-born child of Elohim, the product of sexual relations between the Father-God and the virgin Mary.  For a time, God and Mary were actually husband and wife and conceived Jesus!  The good news for the Mormon is that if they work hard enough they too can become sons of God in the same sense that Jesus is.

Here’s what the Jehovah’s Witness would say: Prior to his coming to this earth Jesus was Michael, the archangel.  He’s only a creature, the first product of Jehovah God’s creative work.  When he was born of the Virgin Mary, he was divested of his spiritual, angelic nature and became wholly and exclusively a man. Jesus isn’t God.

Here’s what the religious moralist would say:  I believe in Jesus and I am grateful for His grace that saves me, but I don’t believe in drinking, smoking, or dancing.  Now, I try to be as good as I can in order to please God.

Here’s what the theological liberal would say: This is the 21st century, and all of you talk like we live in the dark ages.  Common sense tells us that Jesus was the natural born son of Mary and Joseph, no different at birth from anyone else.  Because of his exceptional virtue and humility and spiritual sensitivity, God adopted him to be his Son.  He endowed him with miraculous powers and through him proclaimed the wonderful message of the Universal Fatherhood of God and the Universal Brotherhood of Men.

And then there’s your next-door neighbor who doesn’t have any religious affiliation, here’s what he might say:  I always thought Jesus was just a good guy who told us to love everybody and be nice. It’s too bad he ended up getting killed like that.  But as long as we all believe in the existence of God, does it really matter all that much?

And there you sit, nervously sipping your coffee, as every eye at the table turns its attention to you, awaiting your perspective on who Jesus is.  What would you say??

Actually, our passage for today (Colossians 1:15-20) speaks wonderfully to the question of “Who Is Jesus?”

But before we go there, an important theological term that we need to define is INCARNATION.

Here’s what theologian J.I. Packer says:  The terms and concepts Trinity and Incarnation belong together.

This theological concept of the incarnation is what Wayne Grudem, in our companion book for this series, focus’ on in his answer to the question, “Who Is Christ?”  Here’s what Grudem says:[1]

Those of us who acknowledge our human (and personal) sinful condition and place our trust and confidence in Jesus Christ for the forgiveness of our sine – will be counted (or, acknowledged) as righteous before the Father.

Jesus Christ, was both “fully God and fully man.”  Grudem says this is probably the most amazing miracle of the entire Bible – the eternal Son of God, Himself fully God, became fully man and in so doing so joined Himself to a human nature forever…bringing together both the infinite and the finite, [Jesus] changed the course of history forever.[2]  (And let’s not forget the word “history” is literally, “His-story.”)

OK, with that in mind, we can turn toward the Colossians passage, which is a succinct (or, concise) presentation of the doctrine of Jesus Christ.

It spells out in very clear language who and what Jesus really is.

These six verses are the core of what Christianity is.

These verses describe what sets the Christian faith apart from every other religion — and if these words are true, then they become a line drawn in the sand between those who are saved and those who are not.

These words paint a picture of Jesus that is higher and loftier than most of us could ever imagine.

Scholars indicate this passage could well have been taken from an early Christian hymn.

Either way in this passage Paul breaks out in joyful praise.

One theologian states that Paul was apparently in a state of “controlled ecstasy” as he wrote these verses – he was “awestruck by Christ’s vastness.”

I’d like for us to read it again – and let’s notice the number of times the word “all” is used…He is the image of the invisible God, the firstborn of all creation. 16 For by Him all things were created, both in the heavens and on earth, visible and invisible, whether thrones or dominions or rulers or authorities—all things have been created through Him and for Him. 17 He is before all things, and in Him all things hold together. 18 He is also head of the body, the church; and He is the beginning, the firstborn from the dead, so that He Himself will come to have first place in everything. 19 For it was the Father’s good pleasure for all the fullness to dwell in Him, 20 and through Him to reconcile all things to Himself, having made peace through the blood of His cross; through Him, I say, whether things on earth or things in heaven. (emphasis added)

Paul is making sweeping declarations about the unqualified totality of Christ’s preeminence (or, supremacy) in ALL things.

Paul wants his readers to be swept away by the sheer size of Christ, to savor His infinite supremacy, His beauty, His brilliance, His power, and His trustworthiness.

And we notice in v.18 that Jesus owns the concept of everything — He Himself will come to have first place in everything.

In verses 15-17 Paul tells us that Jesus is sovereign and supreme over all creation.

Verses 18-20 tell us that Jesus is sovereign and supreme over His Church, which is His NEW creation.

Another way to say this is that Jesus Christ is the “center adhesive” of all creation.”[3]

This is why being separated from Christ in any degree leads to a breakdown and fragmentation in our lives – only with Jesus at the center can we have true wholeness.[4]

The central significance of the incarnation and the resurrection lies in the fact that it’s just beginning of the saving, renewing, and resurrecting work of God that will have its climax in the resurrection of all believers – and the restoration of the entire cosmos.[5]

Eugene Peterson in his paraphrase The Message says translated v.19 as, Jesus is “so spacious…so roomy, that everything of God finds it’s proper place in Him without crowding.”

As we bring this to a close, I want to go back to the dinner party illustration.  Within the context of the Church in North America the most dangerous enemy is not Mormonism, Islam, the Jehovah Witnesses, the Liberals, or the people who have no religious affiliation – our greatest enemy is moralism.

I’ll close with an illustration of how moralism has crept into the mainstream Church.

Most of us have seen or at least heard of the animated film series entitled Veggie Tales.  It was vegetables in stories conveying moral themes based on Christianity. They frequently retell Biblical stories, sometimes anachronistically reframed, and include humorous references to pop culture in many different eras by putting Veggie spins on them

Phil Vischer, the creator of Veggie Tales said in a recent interview…

And that was such a huge shift for me from the American Christian ideal. We’re drinking a cocktail that’s a mix of the Protestant work ethic, the American dream, and the gospel.  And we’ve intertwined them so completely that we can’t tell them apart anymore.  Our gospel has become a gospel of following your dreams and being good so God will make all your dreams come true.  [He says it’s not much different from] the Oprah god…I realized I’m not supposed to be pursuing impact, I’m supposed to be pursuing God.  And when I pursue God I will have exactly as much impact as He wants me to have.

As the band comes, let’s prepare our hearts for communion… Col 1:20 says, Jesus became a man, “to reconcile all things to Himself, having made peace through the blood of His cross…“