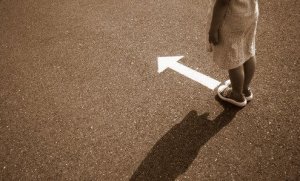 Objective: A response to postmodern influence on adulthood and results in churches based on personal reflections on the following three books…

The current cultural milieu includes a growing contingent of postmodern, post-Christian, post-seeker-sensitive (Kimball: 26), postliterate (Gibbs: 124) and post-Constantinian (Webber: 117) followers of Jesus Christ. Webber refers to them as “younger evangelicals,” Gibbs identifies them as “Gen Xers,” and Kimball utilizes the term “emerging generations.” For the sake of continuity I prefer (and will use) Kimball’s term to describe the new movement of leaders and churches affecting the cause of Christ around the world. For me, the term “emerging generations” includes “younger evangelicals” and “Gen Xers,” yet does not limit this movement to a time frame. Furthermore, this essay is divided into three sections, each responding to the questions listed above.

Significant Challenges to Discipleship
The numbers of people with a postmodern perspective are growing. This is evidence that we are entering into “postmodernity,” an as-yet still ill-defined borderland in which central modern values like objectivity, analysis, and control are becoming less compelling. These values are being superseded by postmodern values like mystery, wonder, and authenticity. The implication is that forms of Christianity that have thrived in modernity are unlikely to survive the transition. Gibbs acknowledges the pull of both modernity and postmodernity that tug at churches across the landscape (p. 121). Webber states that a major problem of the (transitional paradigm) market-driven church is that it is so immersed with the culture that it has become enmeshed with it (p. 132) leaving the church without much depth or prophetic punch. Dallas Willard has stated that the greatest need of collective humanity is the renovation of the heart – we have been formed and now we need to be transformed (2002: 14).

These above challenges affect our ministry of formation and discipleship of adults in some of the following ways:

• Theological commitment: The challenge to emerging discipleship is to proactively move theology beyond the head and psyche and into the heart. Gibbs speaks of the relationship between right teaching and authentic experience, stating that biblical theology (in the Ancient-Reformation tradition) looks to the Bible for a pattern of experience followed by proposition (p. 126).

• Ecclesial Paradigm: The challenge to emerging discipleship is the shift from being a “come ye” church to becoming a “go ye” church (attractional vs. missional) by envisioning every member to become an active missionary (or evangelist – see above). In both the pre-Constantinian and now post-modern paradigms, the church does not SEND missionaries, nor does it have a missionary “program.” Instead, it IS a mission (Webber: 121).

• Leadership Style: The challenge to emerging discipleship is giving up control and allowing accountability to become a two-way street. Needing to be right does not shape the new leadership, according to Webber, nor does meeting needs drive it. Instead, it arises out of (1) a missiological understanding of the church, (2) theological reflection, (3) spiritual formation, and (4) cultural awareness.

• Education: The challenge to emerging discipleship is to develop more fluid forms of learning that are distinct from modern business and academic structures and that don’t feel programmed but embrace the mystery, awe, and wonder of God’s transforming work (Kimball: 217). The classroom approach had created a bottleneck of leadership development with several disadvantages: People can only be developed who can come to the classes, people are very busy and it’s hard for them to find both the travel and classroom time, semester or quarter systems means that timing is non-flexible, trainees leave workshops having bonded to the workshop facilitator and not to the leader who will actually mentor them in the church’s real world, the classroom is an artificial environment, and a bottleneck is caused by the limited number of folks one facilitator can work with in a classroom environment. Seacoast Church in Charleston, South Carolina noticed these limitations and developed two significant new breakthrough strategies :

Currently Seacoast has transitioned from having one Leadership Developer to having over 600 utilizing this online tool.

Additionally, according to Gibbs, as we transition from modernity to postmodernity the church must focus on saints (not celebrities), in part by replacing pulpiteers with poets and prophets (p. 122). The implication of that statement affects one of our significant challenges – the Bible is not a scientific manual to diced and dissected (about 25% of the Bible’s contents, is poetry ). Poets will bring art, wonder, and imagination back into our gatherings while prophets will bring passion and focus to our distinctive missional call.

Crucial Responses
1. Measure success missionally by looking at what our practices produce as people are sent out into the community to love, care, and serve as Jesus did. The emerging church is more of a mindset than a model (Kimball: 14-15).

2. We must continue to welcome course corrections and the new demand for honesty and accountability (Gibbs: 121).

3. Embrace the reality of the emerging culture’s radical pluralism (Gibbs: 125) in both the sociological and philosophical sense – and work from there. The sociological pluralism reality: there are numerous distinct ethnic, religious, and cultural groups present in the global culture. There is common grace; look for God “in the other.” The philosophical pluralism reality: the belief that truth is composed of many ultimate substances and that no single explanatory system or view of reality can account for all the phenomena of life. This is what Kimball was speaking to regarding Smith’s quote about the great challenge of the preacher being to put up the clothesline (p. 171). The emerging audience no longer has a Judeo-Christian worldview. Today we need to initially engage people by becoming storytellers (p. 172) and through contextualizing the Jesus story as Paul did in Acts 17.

4. Give people an authentic and transcendent spiritual event (Kimball: 26). Prayerfully design and prepare worship services that have the potential to become, “a form of sacred lovemaking, transcending the routinized rituals that so often structure the human-divine communication” (Gibbs quoting Miller: 129). Many emerging churches are including aspects of Catholic and Orthodox spirituality, Lectio divina, Taizé prayer, and Celtic spirituality in their gatherings. Perhaps part of the attraction to the ancient rituals is that they foster a depth and stability that most of the emerging generations never have known?

Modern and postmodern worldviews are ebbing and flowing within our emerging culture – and churches. This will be true of the next several years, if not decades. Church leaders will need to be informed and be able to serve as interpreters among the generations. Postmodernity needs critiquing just as much as modernity. Central to our faith is the claim that the Jesus story may be contextualized for every culture. Moreover, it’s important that we hold onto some aspects of modernity without absolutizing them. We must, I believe, live and be willing to minister in the dynamic tension between the two. In this regard I believe the Church has an amazing opportunity to help shape whatever is coming on the heels of modernity.